My last three days have been filled with three things: Buddhist retreat, hockey playoffs and packing for Iceland. One wrapped up yesterday, one will wrap up today and one must be wrapped up by 4:20 tomorrow afternoon. This morning as I sit to write, I see them all as interrelated. 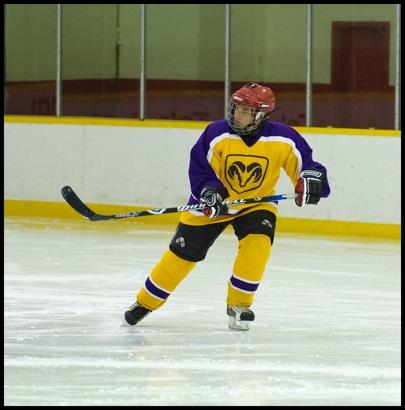 Playoffs for the Eastern Edge Hockey league took a different format this year, pacing games over the past month or so but culminating in a three day run towards the final championship game for some teams including my own. We’d tied our first two games and were in a must win situation for the last two if we had any hopes of making the finals.

Thursday evening, Marian and I faced a big rush of getting home from work, fed, and off to hear Moh Hardin’s opening talk of this year’s Easter retreat (also in a different format this year). Moh has been an integral part of my Buddhist path over the past seven years and I always try to get to programs he is teaching. This year’s retreat is focused on teachings related to the Mahayana or Great Vehicle. As I haven’t been sitting with the Sangha much in the last while, it’s always great to return to that container. After the evening’s program wrapped up, I headed to the arena for our third playoff game. We won.

Friday evening, we faced another rush but were again glad to get there to hear Moh’s teaching. I raced off to another game. We won and my team learned we’d made the championship game because of the way tie would be broken. Wahoo.

Now, we hockey players can be a superstitious lot. I always put on my gear in the same order starting by laying down my blue towel (thanks Heather), changing into my game T-shirt, pulling on my hockey pants and putting on my left skate. I always start with my left skate. And so on.

Moh’s talk centered on elements of Buddha Mind and necessities along the path to realize/uncover our Buddha minds. One of which is a spiritual friend, guide or teacher (different traditions use different words). Moh has been a spiritual teacher for me and it is while climbing mountains that I have had embodied realizations of much of the dharma that he has transmitted to me. A spiritual teacher or friend becomes a mirror that allows us to clear our selves and our path much more clearly.

As I woke up this morning, I reflected on yesterday–it was a rich and full day–and thought, sports are like a spiritual friend. For many women in the Eastern Edge league, the league has been their first chance to play a team sport and experience the vast range of emotions and situations that come from direct engagement in sport. For me, hockey (all sports actually) provide an invitation to be all who I can be, to be fully present, to dig deep, skate hard, sacrifice for the team, and live out my values.

The Buddha instructed his followers to experiment, to not just accept his teachings at face value but to practice them and to dissect them and to see if they fit over days and lifetimes. I think sport also provides a container for such experimentation. When we enter the arena with an openness towards observing ourselves and the process of the game, the sport we play also becomes the mirror of a spiritual friend. It gives us a microcosm of the universe in which to play and see how we act and react, how we behave, how we think, how we feel, how we live. It’s all there within a 50-minute hockey game. What a gift to have a container that can invoke both the best and worst of ourselves and mirror it back to us instantly for reflection and growth.

The hear a talk, win the game formula didn’t work yesterday. Congratulations to the All Star Imprints who emerged victoriously from the championship game, beating us 2-1. There is a Buddhist lojong slogan that is one of my favourites, “Be grateful to everyone.” It suggests that every person and every situation and every team we meet on the ice has something to teach us and I’m grateful for all the lessons from another rich season of hockey.

So there you have it, sport as spiritual friend, team as sangha, and my bags are still not packed. I’m hoping to get to hear one more of Moh’s talk today in between putting things in bags, doing a presentation to a group of girls, and attending a birthday party. Catch you all from Iceland-my plan is to blog and post pictures daily. We are climbing Hvannadalshnúkur on Thursday and would appreciate all of your good thoughts for a summit and safe return.

2 Responses to Sport as Spiritual Friend