Fire and Ice 2017: Up Close and Personal with Some Ice 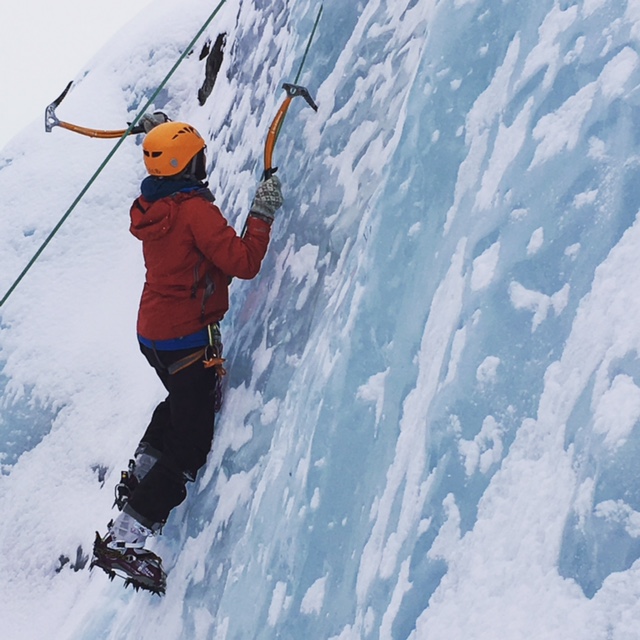 Today was an ice day. We skied down the scooter track a ways and then cut right to ski up to an ice filled canyon. First, though, we had to find a snow bridge over an open stream. As we were looking for a crossing, we spotted two moose.

They appeared to be mother and calf and at first, I thought they were reindeer because their undersides were light. As we got a bit closer, we could see clearly they were moose and then they ran off.

We had to put skins on ours skis because the snow cover wasn’t deep enough to hide the rocks. We started climbing up and zigzagging until we reached our canyon. We traded our skis for crampons and climbed down into the canyon with our skis stuck behind our backs. 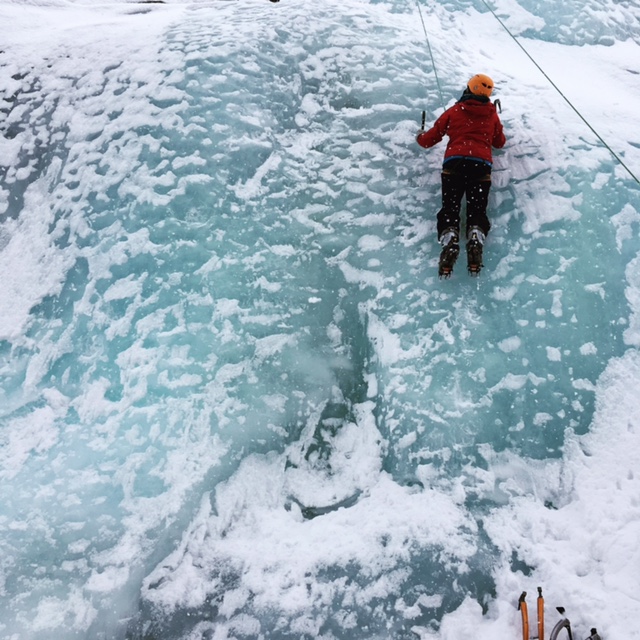 Soon we had a top rope set up and we got up close and personal with some ice. It felt great to be climbing ice again and I was pleased that my carpal tunnel/ De Qurvain’s let me climb ice once again. I can tell it’s time to build grip strength again.

After climbing, we noticed some earlier versions of crampons being used as wall directions. Crampons give climbers purchase on slippery Ice and snow.

As we got quiet while climbing, we could hear the stream running below the ice.

After ice came fire once again and we perfected our sauna technique. We are sad that our time in the Swedish mountains is coming to an end but we will cherish our memories for the rest of our lives.

This entry was posted in Fire&Ice17. Bookmark the permalink.