A Time in Twillingate

Twillingate is a great choice for a long weekend get-a-way. Trading the city for an idyllic island is an invitation for all kinds of adventure. Leaving after work on Friday, the 4.5 hour drive zoomed by and we were welcomed to the Anchor Inn with a steaming bowl of their hearty Seafood Chowder. Chalk full of incredibly fresh cod, crab, lobster and other delights of the ocean, we knew the sea couldn’t be far off. 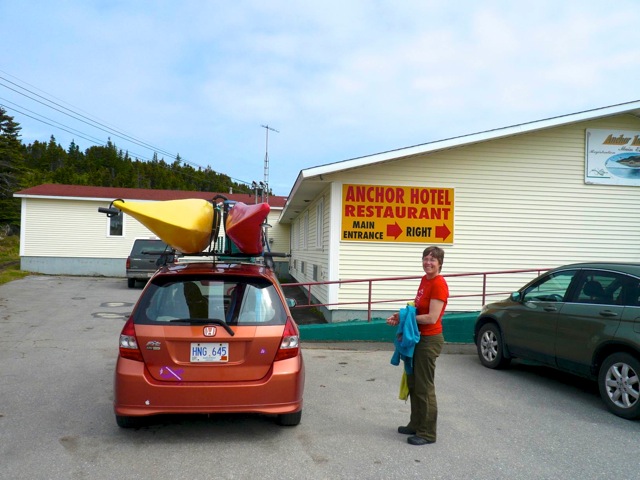 The next morning, we saw just how close it was. In the Anchor Inn restaurant, the dining room treats the guest to an intimate view of the Twillingate Harbour. We instantly claimed a window table that would be “ours” for the length of our stay. Of course, I had to choose the “Twillingate Start” breakfast from the newly developed menu as fuel for the big day ahead. A fan of classic breakfast, the Twillingate Start was a fine, fine rendition of two eggs, toast, and bacon.

A quick stop at the Newfie Fog café provided a packed lunch and we headed off for New World Island. The Twillingate region is fabulous for sea kayaking in that no matter what the weather and wind is doing, there is always a place to paddle. The abundance of coves, tickles, and launch sites gives almost infinite choice so the first challenge we faced was deciding where to put in. Shortly after the Walter B. Elliott causeway, we turned north towards Herring Neck and Merritt’s Harbour. We spotted the Merritt’s Harbour wharf, asked a kind gentleman if we could launch there and became entertainment for two of Merritt’s Harbour’s finest who were setting out on the beach for a picnic.

Both the boy and the girl were quite curious about the kayaks so we gave them a tour of the boats and our safety equipment. Once we were ready and suited up, they helped shove us off the beach and we got underway. The air and sea were very calm and life was good! We paddled east up the arm and decided to poke our noses out into the “Big Ocean” as the young man called it. We paddled through Gut Tickle into a most confused sea. As we paddled towards Salt Harbour, the current from the tickle mixed with the northerly swell along with some refractory waves, so the whole thing felt a bit like Jello gone bad and we soon turned tail and made our way back to the paddling paradise inside the arm.

Sea kayaking doesn't get much better than this

We set course for the causeway at Hatchet Harbour and soon pulled up on a delightful pocket beach to enjoy our lunch. After picking a few Goose Tongues and trying a bit of beach balance practice on the driftwood, we continued easterly towards Ship Island and Starve Harbour. Hearing the siren’s call once more, we poked our noses out again; this time into a more orderly wave arrangement. Coming back in, we even caught a few waves to surf. A quick visit to the Too Good Arm Fish Plant rounded off the paddle and we headed for home (The Anchor Inn).

Of course, paddling works up a big appetite and dinner didn’t disappoint. I’ve fallen in love with Ada’s fish cakes with rhubarb relish. In fact, I enjoyed the relish so much it found its way onto my salad as well. Tarts filled with local blueberries and partridge berries finished both meal and the day in most delightful, delicious way. 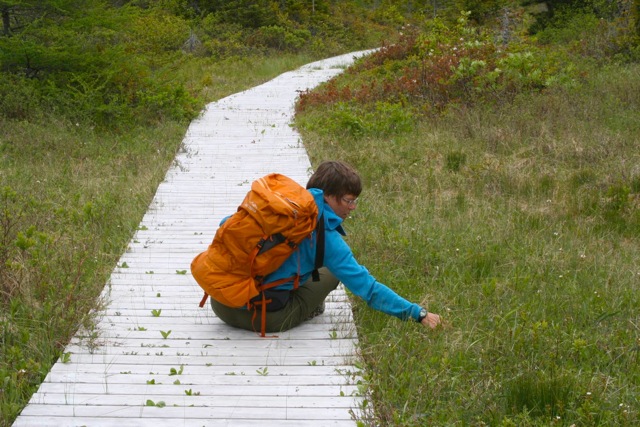 Day two began with a feed of French toast. Soon after, backpacks in tow, we were off to the “Top of Twillingate,” a community trail that takes you past some bog, a pond, and boreal forest on your way to the highest point in town. Four lookouts give different vantages points over the bays, cove and ppen ocean that surrounds Twillingate. We worked up yet another appetite that we fed at the J & J Fish market with freshly caught cod and chips. 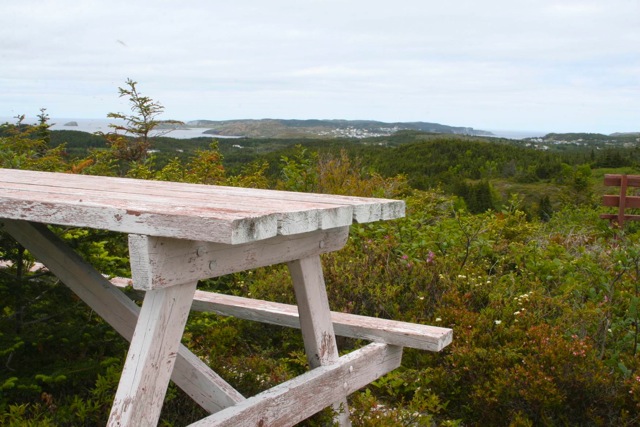 One of the views from the Top of Twillingate

After lunch, we stopped in at the Auk Island Winery for a tour and wine tasting. At first, they didn’t take us seriously when we said we wanted to have a tiny taste of all 25 wines they produce. We worked off both the lunch and the wine on yet another community trail leaving from Durrell to French Beach and French Head. We only wish we’d gotten an earlier start on the day so we could have hiked even more of the coast. We marveled at the gorgeous light over the Twillingate Harbour during another delicious dinner. We thought, “If we stay much longer, we might never leave.” 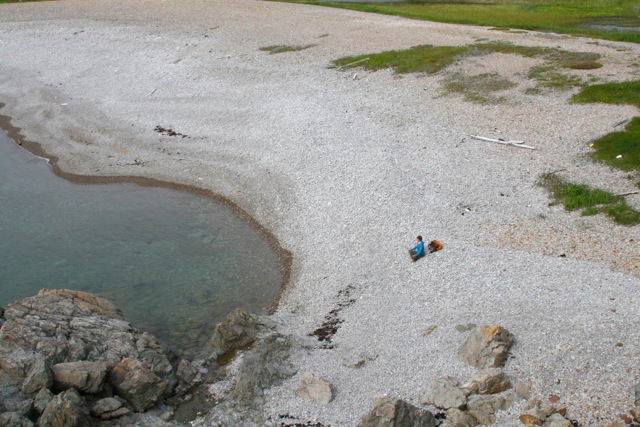 Meditating on the good life on French Beach

We were actually supposed to leave on day three but we never seemed to get it together between all of the delicious food, fabulous paddling and even a film festival. So we had to get up very early to drive back to town this morning. The Discovery Day long weekend in Twillingate was a delight for both soul and senses with just the right mix of relaxation, adventure, and time with friends. 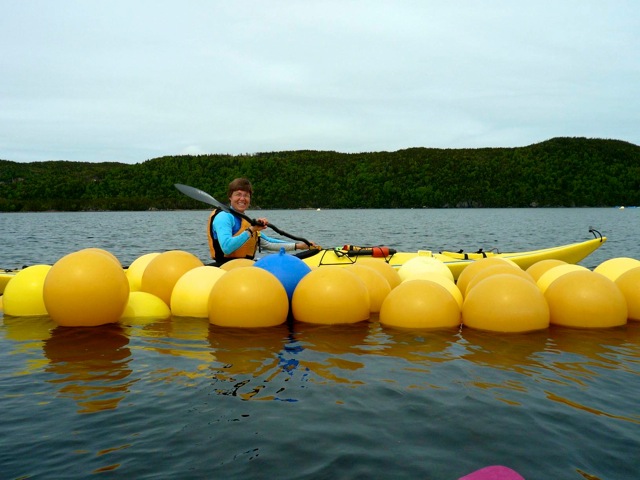 Paddling the "Bubble Boat" (i.e. checking out the mussel farms in Goshen Arm)

5 Responses to A Time in Twillingate