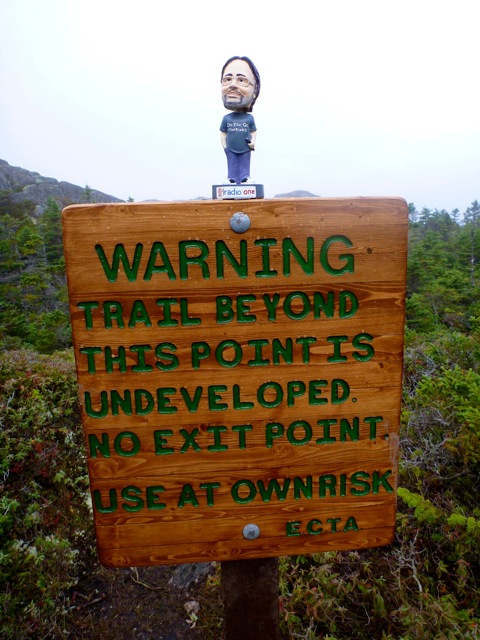 I’d like to introduce Bobble-Head Ted (BHT). I won him from the local CBC radio station. BHT is a mighty fine bobble-head replica of the afternoon “On the Go” show’s host, Ted Blades. The idea is that folks who won would take BHT on various adventures and to interesting locations. BHT joins an illustrious lineage of accompanying teammates for me: Flat Stanley the First, Flat Stanley the Second, Velma the Vanilla Dip, and App the Apple.

BHT is a bit heftier than the rest, being 3-D and weighing in at 250 grams. Our baggage allowance is tight for Antarctica and overage is charged out at $30 per pound! I may have to sneak BHT aboard the Ilyushin Il-76 in my pocket! BHT joined me and a few friends on a training hike yesterday. I loved the trail sign above and we didn’t truly grasp the meaning of “no exit point” until we’d hiked 17 km over some fairly rugged terrain, we looking down on Bauline, and had no flagging tape to lead us there. “Ah, that’s what they meant”. We bushwhacked down and celebrated covering a new piece of coast line. It was good training piece for me. Between Thursday and Saturday’s hikes, I’d put almost 40 km on my feet and 2500 metres of elevation gain.

Here’s a short gallery of my previous teammates: 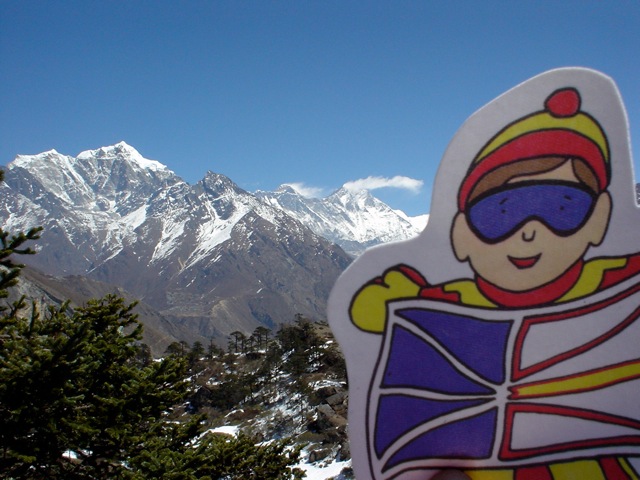 Flat Stanley the First with Everest and Lhotse in the background 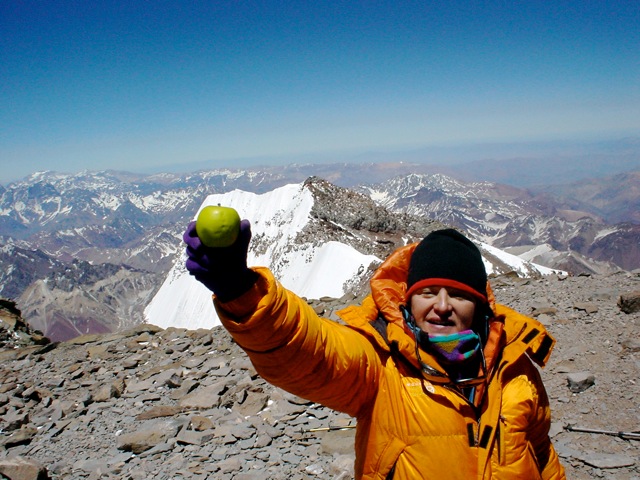 App the Apple and I on the summit of Aconcagua, highest peak in South America. 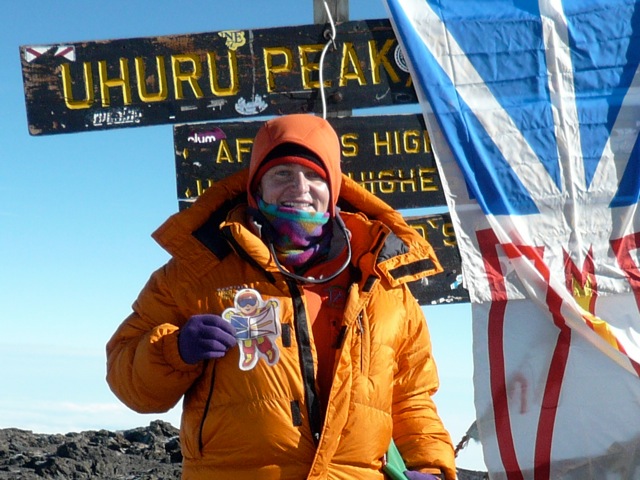 Flat Stanley the First and I on the summit of Kilimanjaro, highest peak in Africa 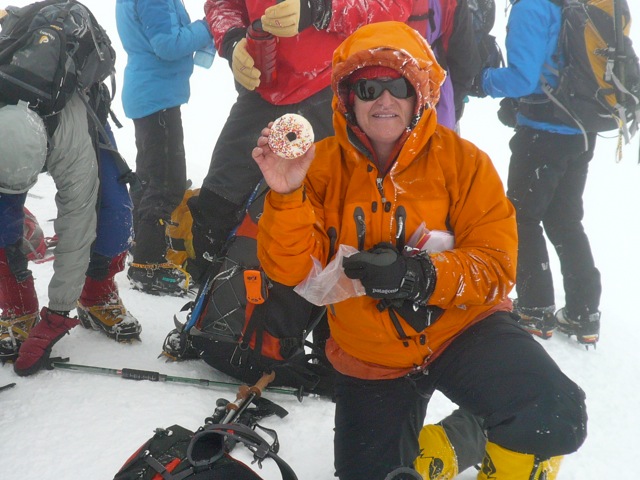 Velma the Vanilla Dip and I on the summit of Mount Elbrus, highest peak in Europe. 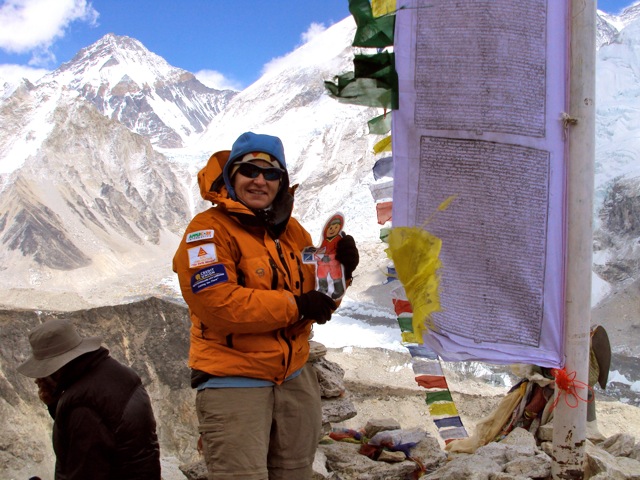 Flat Stanley the Second and I on the summit of Kala Patar, a trekking peak in Nepal 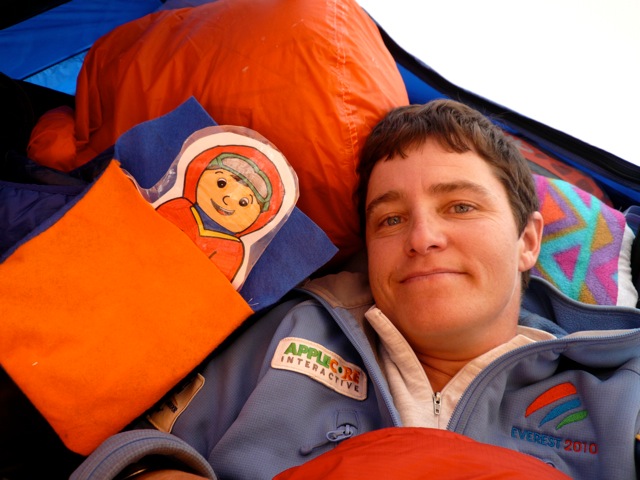 Flat Stanley the Second and I chilling out in the tent…BHT has been eyeing Flat’s sleeping bag! 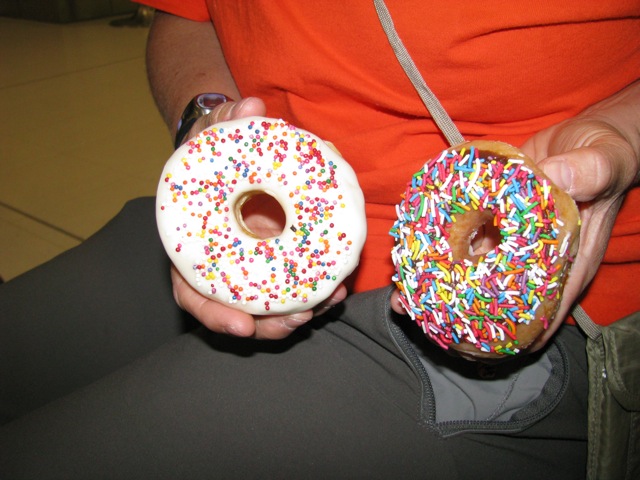