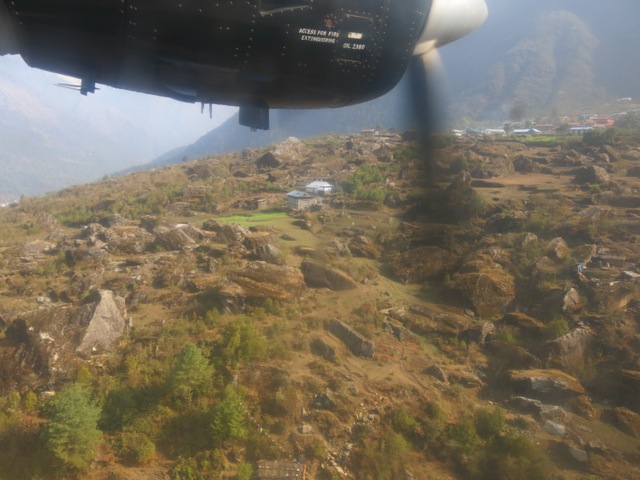 We have an early morning flight to Lukla (2,800m). After arrival in Lukla, breakfast, and sorting the gear into loads, we will start trekking towards Ama Dablam. We will
trek in and stay in a teahouse at Phak Ding (2,650m).

Geologists have performed tests on the Himalayan mountain ranges and they have said that they are actually geologically active and are moving at a rate of about 20mm every single year.

Some people find that walking for 30 minutes to an hour straight may be too much to fit into their day. If so, you may want to break up your walks into three to six 10 minute sessions–the benefits are the same.

Today we’re going to play a game that helps us get familiar with some Nepal critters that live at high elevations. These creatures have thrived in an environment that most animals would perish in. The first creature is going to be a Yeti, the second, a Gorak, and the third is a Snow Leopard. The Yeti eats the Gorak but gets chased by the Snow Leopard. The Gorak dive bombs the Snow Leopard but gets eaten by the Yeti. And finally, the Snow Leopard chases the Yeti, but gets dive bombed by the Gorak. Each group will be asked to act out their creature: the Yeti has arms spread and high up in “attack mode”, the Gorak has arms frantically moving, and a Snow Leopard is up in a cat stance with claws up.