Volcanopalooza 2015: Knock Knock, Whose There? Bonk. Bonk Who? Bonk on San Vicente! 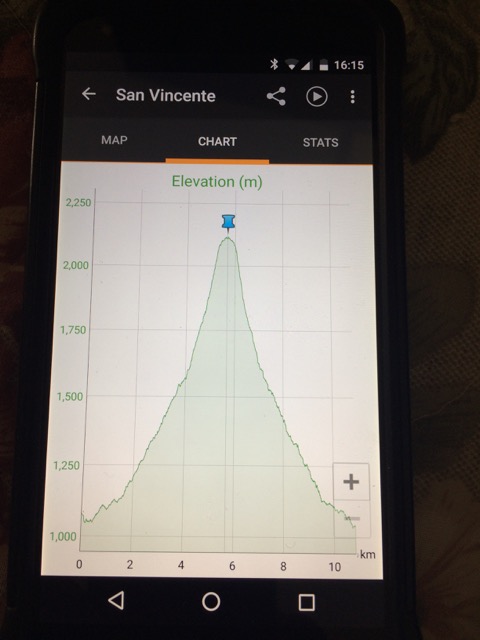 Through an act of unmindfulness/not great computing practice, this is the second time I am writing this blog entry. Marian assures me it will be better for having to do it twice. I’m unconvinced but will try my best. Of course, another volcano has come and gone since I wrote this piece early this morning…

Yesterday’s volcano was San Vicente…twin capped volcano topping out at 2173 metres, the second highest volcano in El Salvador. For parts of the climb, I wasn’t sure I would get to the summit but in the end, I did…let me start at the beginning.

Because we had a two hour drive to our volcano de jour, we were up early for breakfast at 6 am. We then drove to the village of Guadeloupe on the early slopes of San Vicente and met our local guides. Alphonso, a trim, fit, and volcano climbing phoneme, was our lead guide. We was dressed in blue jeans, yellow soccer jersey, and a machete hung from his belt. Most of our local folks have carried and used machetes on our climbs but more about that in a future post. Alphonso set off at a good clip because we’d arrived late for our 7-8 hour climb and dusk comes early at this time of year. We quickly caught the group of 40 exuberant youth who were also sharing the climb. We passed them and Alphonso wanted to keep it that way. Up and up we went. I missed the first opportunity for a snack. I’d been moving well but shortly there after around 10:30, I started to slow. My legs started to feel like they were encased in cement.

One teammate turned back when the terrain began to get steep. I’ve found in my climbing career that once someone turns back, it opens the door to doubt. It opens the Pandora’s Box of the Questioning Mind and yesterday was no exception. As the terrain got steeper and steeper and we were literally crawling our way up the slope from tree branch to tree branch, my box of “Did I want to go down?” spilled open and I spent the next while mulling that question in relation to my slowing pace. So caught up in the ruminations of my Pandora mind, I did not realize that I was running out of fuel. At the next break, I ate a banana without realizing its import. I continued to climb, albeit slower and slower, albeit with my mind analyzing every footstep of my performance, albeit just putting one step in front of another.

Thirty minutes or so later, I realized steps were getting easier. My mind was easing. The volcano slope no longer seemed like a concrete wall. In a flash of insight, I realized the banana had cured my bonk. So I ate another. I laughed at myself and my “rookie” mistake. I remembered bonking on Aconcagua just as my team was hitting Windy Corner. I remembered that I’d made the commitment then, and it still makes sense today, to never turn, to never quit until I’ve deposited gas and oil (food and water) to my engine. It was humbling to see how I’d hadn’t quite had my systems in place (ie. snacking before getting off the bus, having snacks very handy (ie. in my pocket-though in fairness it’s hard to carry bananas safely in your pocket, being willing to ask the group to wait a minute so I could take care of needs, etc.). It was great to observe the pairing of body and mind…how as fuel declined, so did my mental state. I’m proud I didn’t give into Pandora mind and just kept stepping. 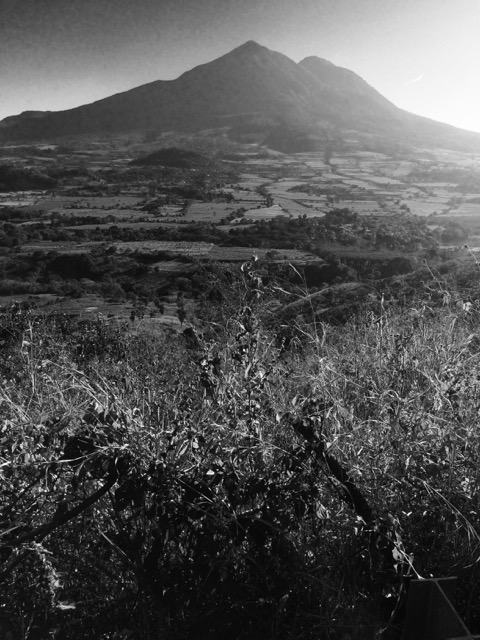 There was no views but the jungle until the summit ridge and then we could see most of El Salvador. One of the benefits of Volcanopalooza has been to experience many remote corners of El Salvador but also to see so much of the country. Its land mass is about twice the size of the Avalon Peninsula but with 6 million inhabitants. We took it the view, ate lunch and then scampered back down. The soil was soft and forgiving so we “skied” down and made short work of the descent. As you can see from the GPS track above, it was quite a steep up and down! We climbed about 1400 metres to the summit of 2173 metres.

I love being humbled by climbs and the life lessons that result…San Vicente was no exception and I suspect as a result, it will be another decade until I bonk again. OK…I got this written for a second time…and I’ll hit post! Off to our pent-ultimate volcano tomorrow!

This entry was posted in Volcanopalooza and tagged 2015, climb, El Salvador, train, volcanoes. Bookmark the permalink.

2 Responses to Volcanopalooza 2015: Knock Knock, Whose There? Bonk. Bonk Who? Bonk on San Vicente!