It’s in the same place as aisle 13 on the Druk Airlines plane we flew in on yesterday, left out for superstitious reasons/aiming for good luck.

Our guide, Namgay Tenzin, has been teaching us about Bhutanese customs, thoughts, and Buddhism. After explaining about one Bhutanese way of doing something, he concluded, “We Bhutanese are very superstitious. So to honour that tradition, update 13 is being skipped.

After our exciting landing, at one of the most dangerous airports in the world, where only 8 pilots are certified to land, we were met by Namgay and his assistant, Titi. 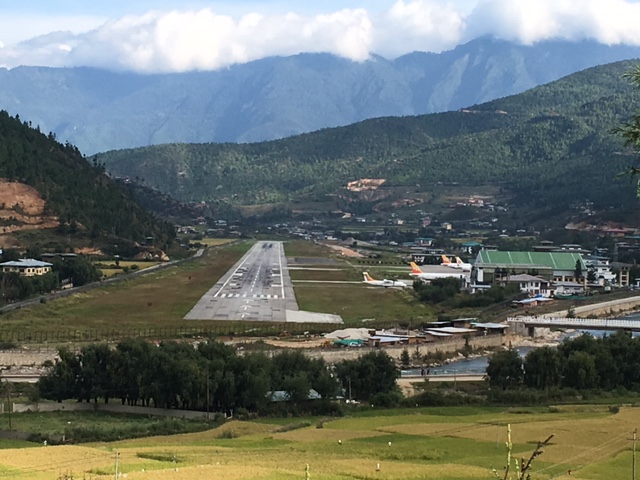 We spent a little time in Paro exchanging money and looking around before heading to our accommodation. We are staying amid the red rice fields and it is stunningly beautiful. We learned that Paro wasn’t made the capital because no much agricultural land would have been lost.

Today we visited a Bhutanese icon, Taktsang Dzong or the Tiger’s Nest. It’s called the Tiger’s Nest because according to legend, Guru Rinpoche rode to the temple’s site on a tiger where he meditated for 3 years, 3 months, 3 days, 3 hours, and 3 minutes. In 1692, Tenzin Rabgye built the temple on this holy spot where it stood until 1998. It burnt in a horrible fire but has since been rebuild because it is a national treasure.

We head tomorrow for our 28 day trek to Lunana It’s going to be a tough month with 11 pass crossings, cold weather, and (hopefully not too much) snow. Our trek distances will build quickly and this trek is considered one of the hardest in the world. After a week off, it took a bit to get the cobwebs off this morning on the steep climb to Taktsang. These will likely be the last typewritten updates until October 25 or so. If the technology plays nice, there will be a map and audio update each day for you to follow along with us.

We’ll be eating lots of chilies over the next weeks as they are a staple of the Bhutanese diet as is red rice which we had for the first time at lunch today. 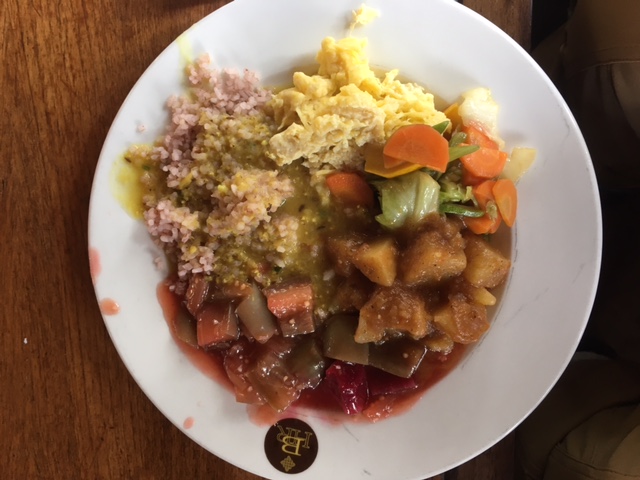 Tiger, Lion, Garuda, and Dragon are often spotted on the four corners of Lungta. They represent the Four Dignities or four ways of being in and thinking about the world. I’ve seen them represented here many times already and I’ll be thinking often about the teachings I received about them. One of my Buddhist names calls me Lion so I’m often found of spotting the Snow Lion, who often joyfully jumps from mountain top to mountain top, in Buddhist iconography. As I toil against gravity and hypoxia, I plan to keep the images of Tiger, Lion, Garuda, and Dragon close at hand/close at mind in assisting me in always having the support of a joyful mind-even when going uphill feels very hard (which it mostly does these days.) 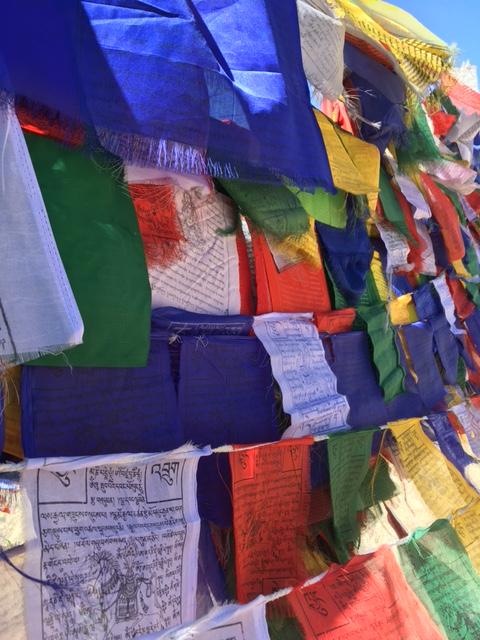 Thanks in advance for thinking of us and sending us strength (of all sorts) and gods thoughts. We promise lots of pictures come October 26 or so and in the meantime, enjoy the audio updates.