Another Time in Twillingate

Marian and I had another “time” in Twillingate. The Dictionary of Newfoundland English defines a time as a party or celebration, a spree, a communal gathering…and what a time we had. Twillingate is the perfect Newfoundland destination as it has so many opportunities packed into a relatively small area: hiking, sea kayaking, geocaching, fishing, iceberg hunting, photography, historic buildings, music, and great food. Our only frustration was not being able to fit more in during our too short weekend visit.

We checked into the Anchor Inn and Suites and could instantly see all the hard work that the new owners, Deb and Wilma had been putting in since our visit last October. The suites all received a gorgeous makeover and the new menu at Georgie’s Restaurant was divine. Georgie’s was named for Georgina Stirling, Twillingate’s opera star. After our drive from St. John’s, we were welcomed with the local Moose Diablo and Chili and Lime Seafood Pasta with a Touton Sopapilla for dessert.. Marian and I said to each other within moments of arriving, “It’s going to be hard to leave.”

A rainy day had us moving a bit slowly at first on Saturday but we found our way for mixed berry smoothies at the Crow’s Nest Cafe. Seriously yummy. We continued our culinary tour of Twillingate with some homemade ice cream and then down to the Newfoundland Chocolate Company on the wharf at Iceberg Quest. It was hard choosing along the locally inspired treats but eventually four beauties found their way into our gift box. We popped in to say hello to some folks at the Canvas Cove Cafe, had some tea, and got invited out fishing since it was the second to last day of the August food fishery. 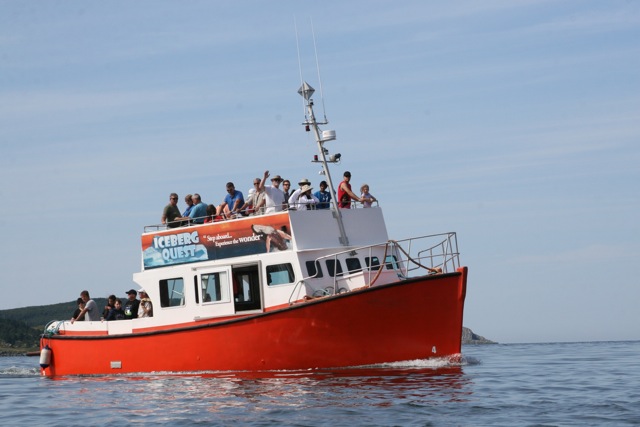 Captain Barry Rogers from Iceberg Quest took us five woman fishing just below the Long Point Lighthouse. What an evening! We were catching cod as soon as we threw in our lines. Just as one fish got removed from one line, the other one had one. We had nine fish up in no time and soon reached the boat limit of 15. I’d only been fishing for cod once before and I was enthralled. The evening light was stunning, the sea smooth like pudding, and we shared laugh after laugh. I hauled up the biggest fish of the evening (luck of the draw) and couldn’t believe my eyes as we brought it on board. 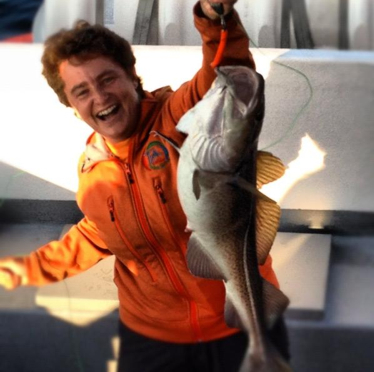 Back on shore, hungry from the salt air, we enjoyed the seafood chowder at Georgie’s and visited with old and new friends in the Captain’s Pub. Sleep was easy to find that night and we promised to be up at going early the next day.

Famished once again at the end of the hike, we passed through the Crow’s Nest Cafe for another smoothie en-route to two new lunch favourites at Georgie’s: the Pork Belly Sliders and the Salt Beef Sandwich. The later is a Twillingate take on the Montreal Smoked Meat sandwich and I liked it very much (the sliders were fabulous as well). Needing to work off our culinary adventure, we headed just down from the Anchor Inn to launch our kayaks for a paddle around Twillingate Harbour. 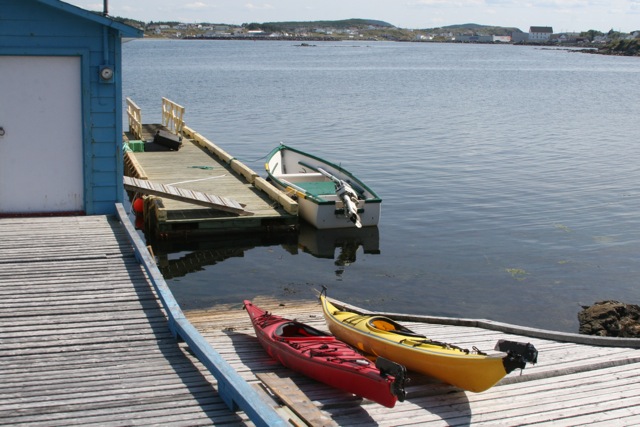 It was fun to see everything we’d been visiting from water level and felt like we were doing a mini version of “All Around the Circle” and we paddled down to the small boat harbour, over to Iceberg Quest, up to the point and crossing over to Wild Cove and back to the launch. The little lop on the harbour made for good training for an upcoming sea kayak expedition.

We finished the day with a scenic drive to Back Bay, Bayview, and the old ferry crossing to New World Island but the best was yet to come! The chefs at Georgie’s had filleted the cod we had caught and pan fried it with scrunchions to perfection. They served it up with an Anchor Salad and Lime risotto and I thought I had gone to heaven. It was truly the most divine piece of fish I’d ever eaten. I savoured each bite and didn’t want the meal to come to an end. A fitting finale to a marvellous weekend get-away in Twillingate. We got up early to drive back to St. John’s the next morning already looking forward to our next visit back to T-gate as I love to call it. Thanks to all for your warm hospitality.

1 Response to Another Time in Twillingate