Arms Wide Open and Other Lessons I Learned from Jim

Jim Price lived his life with his arms wide open. He met everyone and every experience with a grand hug, a broad smile, and twinkle in his eye. You always knew the moment Jim arrived at any gathering. The energy in the room was immediately uplifted by his buoyant spirit and you knew his booming laughter would soon fill the space inviting you to draw closer to hear what he had gotten into lately. Since Jim’s death on Wednesday, we’ve all been overwhelmed with shock and grief that he was taken away from us so suddenly and without warning. Between these huge waves of emotion, much like the huge waves off the coast of Newfoundland that Jim loved to paddle so much, we’ve been telling stories. Stories of Jim, stories of our adventures with Jim, and most poignantly, we’ve been telling the stories of what Jim taught us through the way he lived his life. Arms wide open. 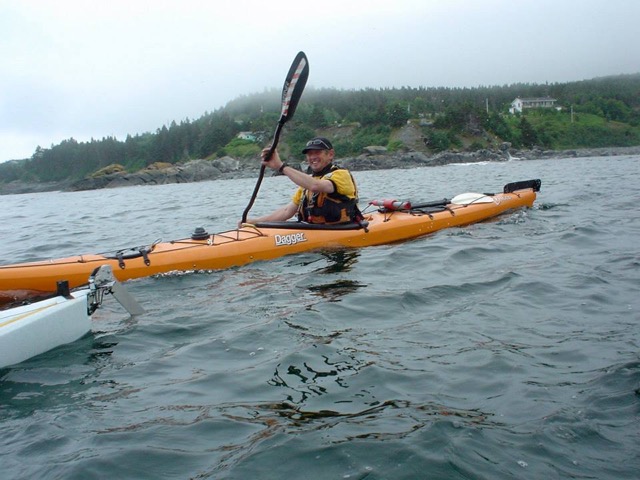 Jim was a teacher. I swear that he taught half of the province to paddle. Paddle a kayak. Paddle a canoe. Even a paddle board. I remember seeing him just after he completed a paddle board instructor certification course. He spoke with great excitement of having another paddling sport to instruct, another way to encourage others to join him in his beloved outdoors, on his beloved waters. Jim taught me to whitewater kayak soon after I arrived in St. John’s twenty years ago. It was the beginning of a dear friendship that spanned rivers, waves, peaks, and canyons. I followed him down rivers that were likely beyond my skill level but I knew he had my back, that he could pull me out of any situation that I got myself in. He was like a mother duck leading her ducklings into the current for the first time. He picked the right course, showed the way, looked back over his shoulder, and called out a deep belief in what you could do.

You see, another gift that Jim had and gave, was a deep, abiding confidence in himself and in you. I’ve been watching videos of trips that Jim and I shared. He was often the cameraman because of his skill. He could go out ahead and position himself to catch the action. As he captured the scene, his commentary was a mix of sportscast and encouragement. He could both comment and coach. In hindsight, you could tell how close you’d come to capsize or other disaster by how quickly Jim was calling out instructions. The harder and faster he called out for you to paddle, the harder and faster you’d better paddle. Once the excitement had been mitigated by your newfound paddle speed, his voice immediately returned to calm praise for what you had just accomplished. 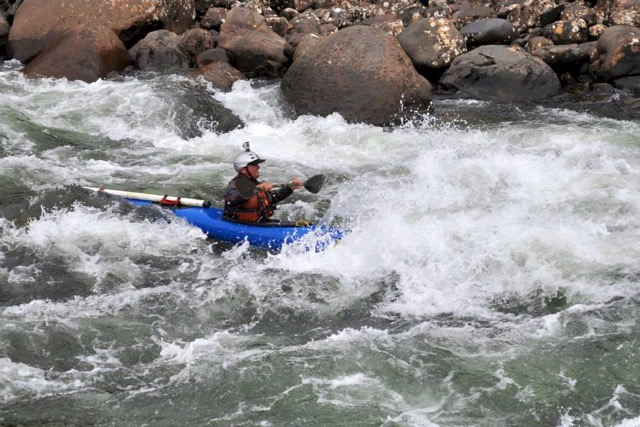 Jim was a “yes” man of the finest kind. We can hardly remember a time he said no. “YES, you can run this rapid!,” Jim must have said to a hundred or more of us. “Yes, you can borrow my boat,” he answered many a time. “Yes, I’ll share all the beta I learned last week on my scouting mission–come on over and I’ll show you the maps,” Jim said to anyone who asked. Generous. Gregarious. Gracious. Jim gave much and often. He gave of himself, his knowledge, his skills, and his leadership. He completed many first descents of rivers around the world and throughout Newfoundland. He also completed hundred’s more descents of the same rivers while teaching and coaching others. Whether you were meeting Jim for the first time or for the hundredth, you knew Jim was fully in, fully present, and fully ready to do whatever the moment demanded/requested of him. From Jim, I learned to say yes every when every fibre of my fear was yelling no while at the same time, respecting the water and the hazards and knowing when to get off the sea or when to walk around a rapid. One time, while we were in the Grand Canyon, I was totally spooked by a rapid. He gently tried to coach me through it but when he realized that this one had too much of a hold on me, he volunteered to first take his kayak through, and then walk back and row my raft. A big hole managed to grab the raft for a spin but Jim calmly and skillfully coaxed it out and then gave me back the oars and said, “You got this-let’s go down river.”

Jim was a storyteller. His love of telling stories and jokes is legendary. Whether he was cooking for clients on a trip he was guiding or teaching a paddling class for my students, he livened the moment with a story or two. Jim loved a campfire. He could turn out a gourmet meal over one but mostly I remember how much he liked to relax by the fire telling stories and spinning yarns. Long into the night, either with friends or alone, he would keep the fire burning and the next morning tell stories of the blazing white moon, the magical starlight or the dancing of the colourful northern lights. Jim sucked the marrow of his days’ bones. He savoured and reflected on the day, on the trip, on his life through the art of story so it seems fitting as we celebrate his life that we tell stories, lots of stories, of Jim and his deep and profound legacy he has left for his family, for us, for the province. Rest in peace Jim-though it’s hard to imagine you resting as it’s something we never saw you do much off. Wherever it is you or your spirit is, I hope there is plenty of firewood, water in your kettle, and a story to tell. 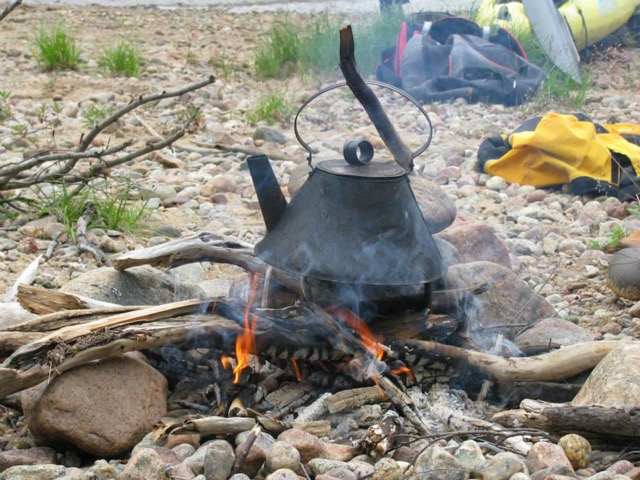 This entry was posted in Life and tagged 2015, Jim Price, Life, Paddle NL. Bookmark the permalink.