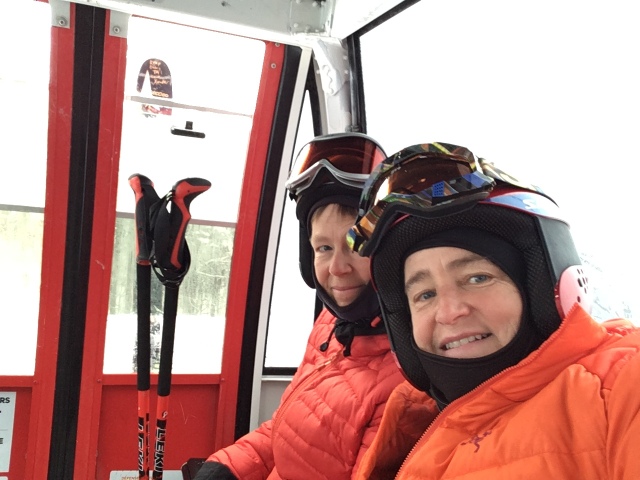 Marian and I are sitting on a train bound for Toronto and we are wearing longjohns. We’re sweltering a bit but the ski we had this afternoon on Mont Royal was worth it. The sun was shining, the trail grooming excellent, and the views of Montreal from Mont Royal were gorgeous. 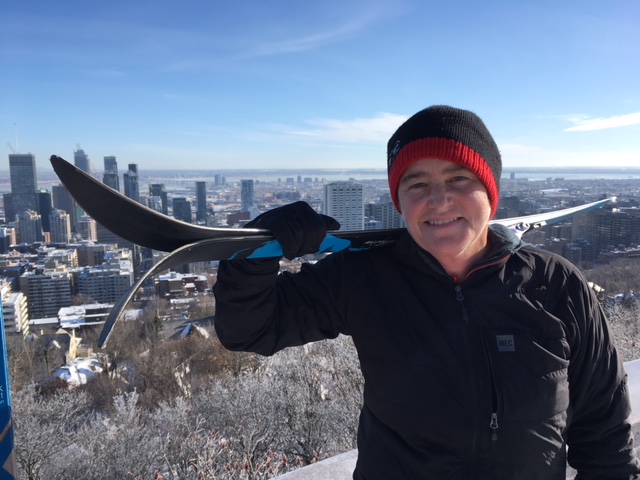 The reason we didn’t get to change out our woollies had to do with the challenges of returning a rental car in downtown Montreal but that’s a story for another time.

Marian and I left St. John’s just over three weeks ago on the Cross Canada Odyssey we are calling #SkiARail. Combining our love of winter, skiing, and train travel, we are crossing Canada by train (and ferry and a wee bit of car) and stopping off to ski at points along the way. 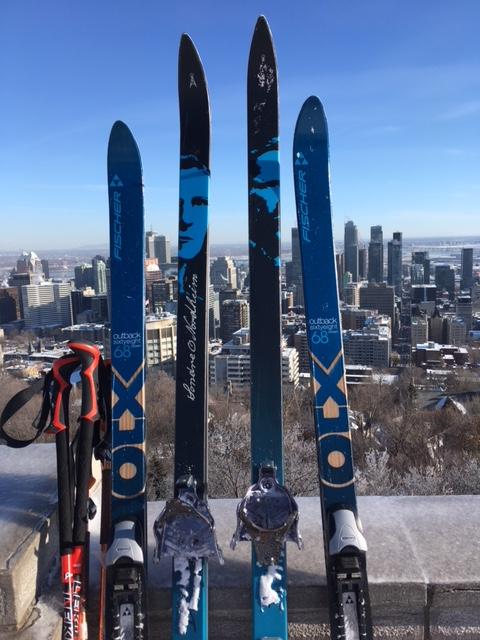 The trip began with a mad dash across the island of Newfoundland to catch the ferry between back to back winter storms. We arrived in New Brunswick just as the snow began to fall heavily. We had five different Nordic skis on the hills, snowmobile, and hiking trails behind Marian’s father’s land. We spotted animal tracks and began to convert our trekking legs to ski legs. 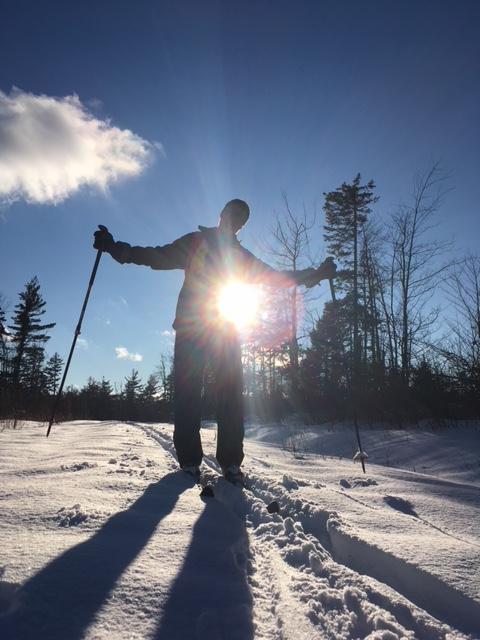 Soon it was time to take our first train leg of our journey from Moncton to Quebec City. Marian’s sister waved as we headed out of the station. 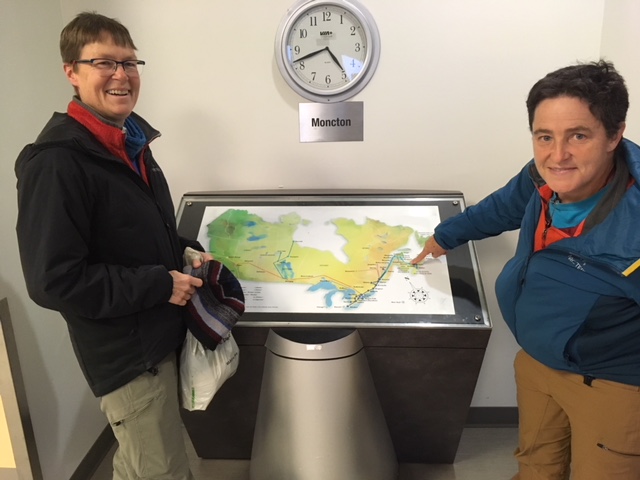 Our first stop was Quebec City but we didn’t get to ski for the first three days because of rain then snow. We visited with an old friend and learned lots at the Museum of Civilization before putting in six days straight on our boards. 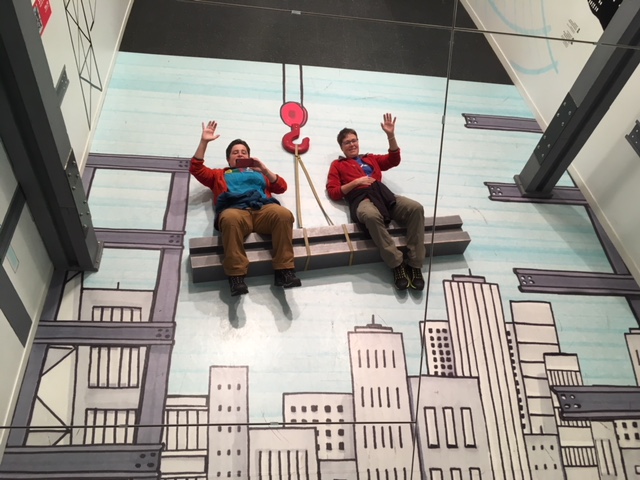 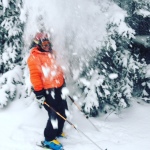 We transitioned to the Eastern Townships and an extended visit with a long time friend of Marian’s. Krista and Greg were very kind and hosted our stay while we waited out another rain snow storm combo and while we skied Orford and Sutton. 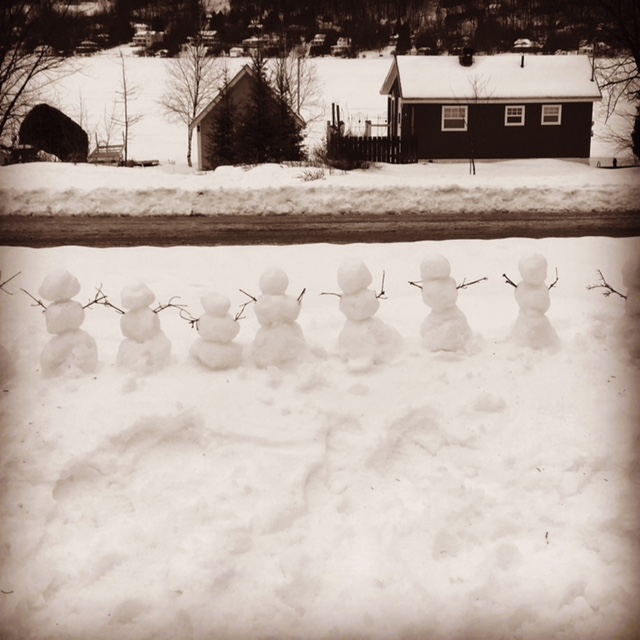 And, after skiing Mont Royal, we’re off to Toronto for two nights and then to points west. It’s been a great trip thus far sharing our love of winter, working on our ski skills

This entry was posted in Ski and tagged 2018, adventure, Cross Canada, Lovewinter, ski, Via Rail, Winter. Bookmark the permalink.