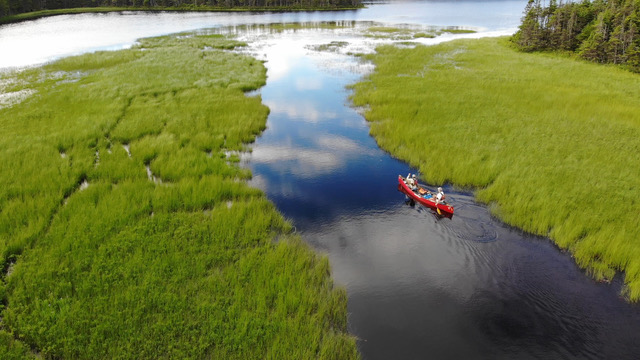 In July, we paddled a route that was new to all three of us. We began in Ocean Pond and then used the Hodges River to transition over to the Whitborne pond Circuit and then we finished by taking the Hodges River out to the Markland Bridge. We camped overnight at Third pond, explored Third and Second Ponds extensively and then headed to our take-out (we’d shuttled one car to the Markland Bridge). The route needs a fair amount of water (we had 30 m/s on the Rocky River gauge) from recent heavy rains. South of Long Pond, there are a few ledges to lift over (we did so on the left) and one waterfall to portage around (we did so on the left). Other than those areas to be aware of, it was a delightful run but for early spring runs keep an eye out for snags or sweepers. 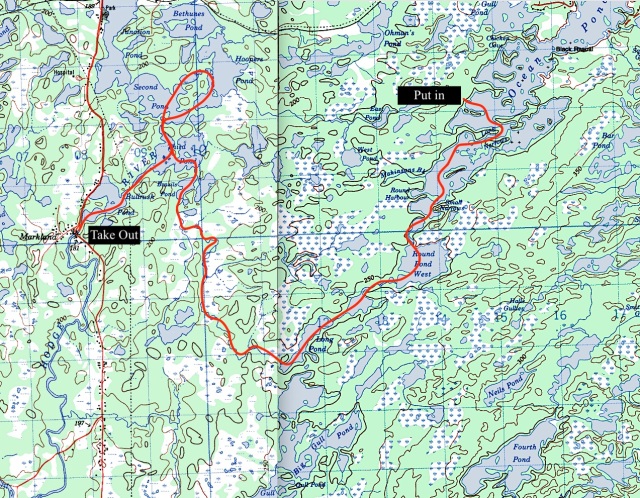 I flew the drone on a few occasions and it proved helpful at the waterfall as a scouting tool. I cut together the video below from the photos and videos we captured on the trip. Enjoy.

Here is a picture of the Rocky River Gauge on the morning we did the trip.  We originally thought we would run the Colinet but we felt the water was dropping too quickly.  This water level seemed to work well-we floated over most rocks (no keel catching). 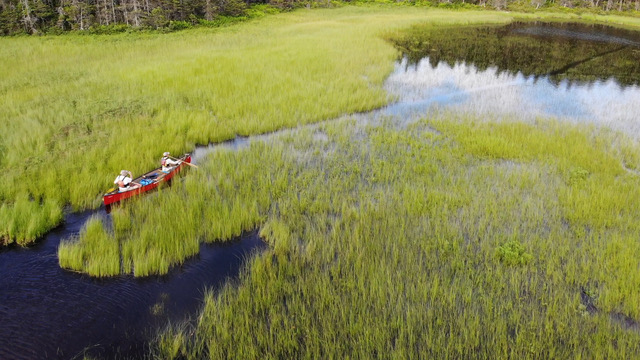